Definition of Spiffe and Spire

SPIFFE is a standard for authentication (‘who’, not authorization / ‘what’) in heterogeneous environments.

Conventional authentication works on platform (e.g., OS user) or host ( e.g. node’s IP address) level, which are both too ‘low’ for cloud native environments, as those are subject to constant change. SPIFFE authenticates any kind of workloads against each other. Workloads are instances of software like a microservice, a database, etc.- those that are more granular than a platform or a host.

SPIFFE is in essence a specification defining the SPIFFE ID, the SVID, and an API to obtain the SVID.

A ‘SPIFFE Verifiable Identity Document’ (SVID) is a document that a workload proves its identity with, signed by an authority (called ‘trust domain’), in form of either a X.509 certificate or a JSON Web Token (as of now).

SPIRE is the reference implementation of SPIFFE. It consists of (a) a server that registers all workloads and acts as authentication authority, and (b) agents that are installed on each node, exposing the SPIFFE API to the workloads and interacting with the server.

SPIRE installs well in Kubernetes clusters, with the agents being deployed by a DaemonSet running a pod with an agent on each worker node. 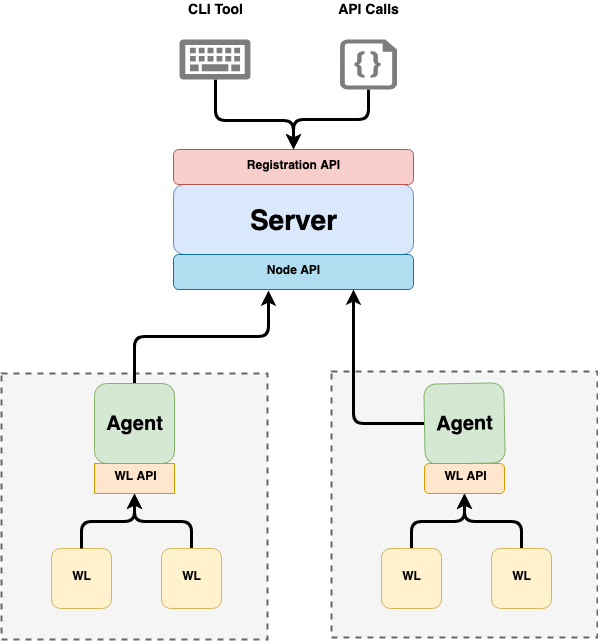 SPIFFE / SPIRE has significant advantages, including:

The SPIRE server becomes the single source of authentication truth, which of course impacts the requirements for this server’s availability.

In 06/2020, both SPIFFE and SPIRE were elevated to CNCF ‘incubation level’.

Still, SPIRE’s current release is V0.10, not yet ready for enterprise usage although SPIRE declares itself production ready.

SPIFFE allows token-based authentication at the right level of granularity, and in a cloud-native way. In spite of the project beingt relatively young, we expect rapid adoption.

We consider it a major step forward in the security area, which tends to be lagging behind the progress in the Cloud area, factually often making Cloud adoption a security risk. Thus, SPIFFE/SPIRE is highly welcome and adoption is recommended.

The vulnerability of the SPIRE server and SPIRE’s release level are concerns. However we consider the risks smaller and more manageable than the typical risks that arise if token-based authentication is not used.