Mobile phone apps used to have advantages over traditional web pages. The most important are:

PWAs are browser based web applications (HTML5/CSS/JavaScript). By using the latest browser features, they implement native app-typical capabilities and features, including all listed above. Running in a separate browser window without address bar, they are visually and functionally near-indistinguishable to apps. There is also desktop support for Windows and Mac.

‘Progressive‘ means: A PWA must be designed to maintain basic functionality even if run offline and/or on a browser that does not support some features.

PWAs depend on browser support. De facto driver is Google since ~2016, Microsoft and Firefox are following, but Apple is notably slow to support PWAs. Since 2018, Safari (the mandatory rendering engine for all browsers on iOS) supports a key feature needed for PWAs, ‘Service Worker‘ (for caching), but still lacks others.

PWAs don’t install in the classical sense. An icon is added to the screen and advanced browser caching is used. The browser provides a secure execution environment to which PWAs are ‘installed’.

The usage of PWAs has significant advantages but also some disadvantages, which must be carefully weighed. 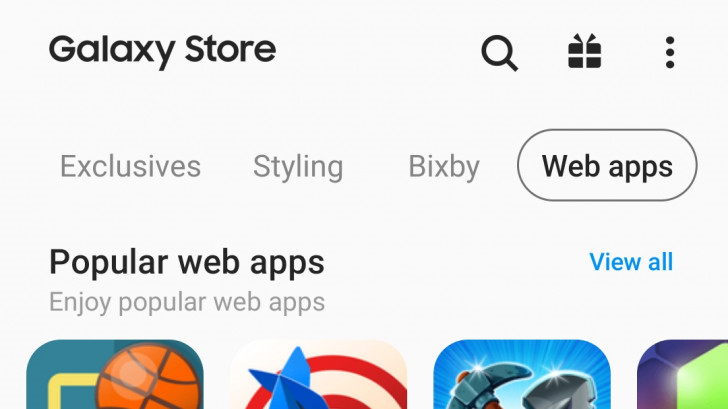 Although the concept is several years old, there was no breakthrough year for PWAs yet. As former hurdles vanish, 2020 is (once again) predicted to be that year.

Software AG considers developer skills and the buy-in of the developer community in general, and the iOS community in particular to be the most important hurdles for PWA adoption. This standpoint is also supported by this (non-professional) survey. There will probably never be a ‘breakthrough year’, instead a slow but steady growth.

Google replacing native Android Apps in their play store by PWAs, on the example of Twitter, since April 2020: https://www.googlewatchblog.de/2020/04/chrome-os-google-android-pwa/