Augmented Reality (AR) is the extension of the perceived real world by superimposed, computer-generated content, most importantly but not limited to visual content.

Important professional use cases include (games and entertainment are excluded here):

Documentation and visualization: Augmented reality allows a much tighter combination of the physical world with its associated information than printed documentation. For example, security information like no-touch areas can be superimposed on the physical object, and ‘Xray’-type images allow a look inside of closed objects. A special case of this is the usage of AR in retail (a flavor of so-called ‘immersive commerce’) by displaying retail items that are not physically present, like furniture in a room or eyewear on shopper’s faces.

Remote field support and training can be extended by augmented reality far beyond today’s collaboration tool abilities. For remote field support, experienced staff can guide personnel on the ground by showing AR renderings of e.g. their hands and very clearly visualizing necessary actions. For training on a machine, teachers and students can literally walk around the (virtual) machine and interact with it. 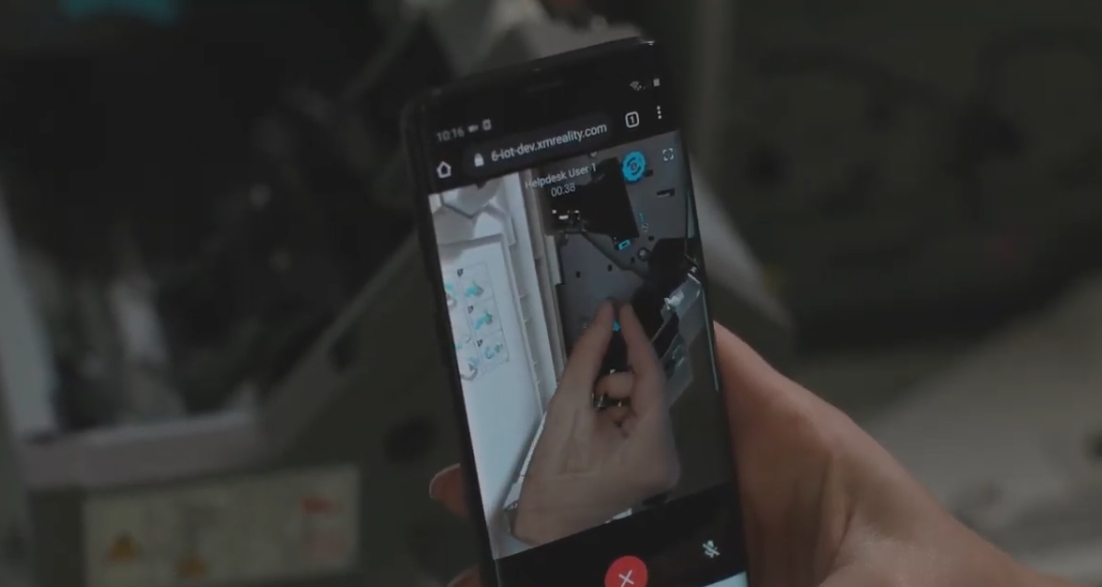 On-site personnel films a device with a cellphone. The remote support staff sees the video and superimposes his/her hand over it in real time, showing exactly which knob to turn (source)

Logistics: Navigation can be enhanced by augmented reality, the most obvious use case being vehicle navigation devices that overlay directions directly onto the real-life street view. Currently considered a ‘hot’ subject is indoor navigation (supported by 5G indoor location services). 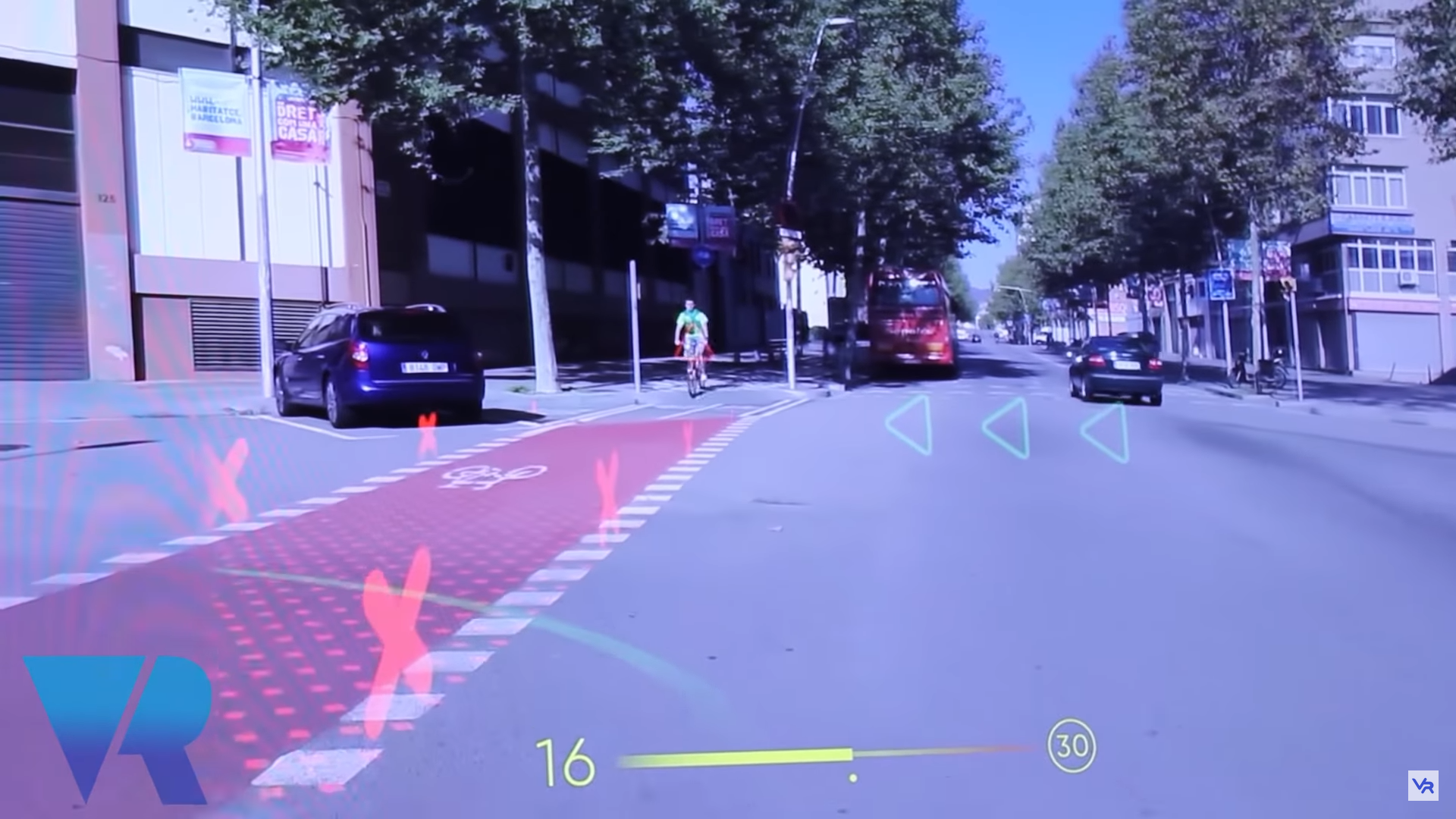 Navigation instructions are visualized by a green line and green arrows. In addition, red warning markers highlight a cycle path and an approaching cyclist (source)

Complex AR use cases combine the above fundamental use cases in scenarios of high complexity, including war-time scenarios (AR use cases for the military abound) and emergency situations.

Relevance for IoT and integration

AR contributes to the growth of data belonging to an object, e.g., its AR visual representation, its AR-enabled instructions, etc. However, static content like this is not at the core of the IoT revolution. IoT is predominantly dealing with streams of event data, and with ‘digital twins’ which are ‘living’, changing digital representations of physical object instances, for example, including a machine’s current configuration, its maintenance history, etc.

So, visualizing a new chair in a living room is a good augmented reality use case, but not much of an IoT use case. The main capabilities of IoT come into play once the AR rendered object is connected with the IoT data of a physical object instance.

AR is not a major driver for IoT but emphasizes the fact that virtual things are also relevant things for IoT: they must be definable and (simulated) manageable just like for physical things. The seamless existence of real and virtual things in IoT finds its natural visual representation in AR.

In spite of an abundance of promising use cases: AR is not a mainstream technology yet. IDC expects 0.61 million AR head mounted devices (HMDs) will be sold in 2020, compared to 1,687 million cellphones (about 2,700 times as many). For 2024, 41 million AR HMDs are expected, which would be a tremendous growth rate but still only 1/40 of cellphone unit sales. In the past, both Augmented and Virtual Reality have heavily missed market growth expectations.

One reason is the unavailability of AR HMDs that most consumers would enjoy to wear. VR HMDs strive to maximize immersiveness, while augmented reality demands to keep perception of reality to a maximum, and to only selectively superimpose it. Only recently, attractive AR devices are on the horizon. To keep size and cost down, they are supported by high-end cellphones which act as processing, connectivity, and input device.

Many new technologies were driven by industrial applications first. But sometimes, it is the private sector that generates the required momentum for a technology to be truly disruptive. This might be the case for AR. Once private adoption of AR is high, that will have an influence back on commercial applications as well.

Software AG expects a disruptive change by AR once attractive consumer devices are on the market, not earlier but also not later. This is not to say that companies should wait with their investment until then, but expectations should be realistic, and analyst predictions taken with caution.

Today, the use cases with the highest momentum are games and entertainment (not discussed here), retail (see above), and the military.